In part, it shall be the duty of the commission to assist in the planning, coordination, and promotion of county and local programs with a historic, cultural, or festival nature. Members will oversee the provision of county services and the allocation of county money to cultural programs, encouraging the maximum service and accountability in return for tax dollars:

Samie Chambers is the Chief Financial Officer of Ho-Chunk Gaming – Madison, and also serves on the Madison chapter boards for Financial Executives International (FEI) and the Institute of Management Accountants (IMA).   Samie holds a BA in Accounting from Lakeland College, and brings experience in strategic planning and practical execution to the Commission.
Chambers is committed to preserving and increasing the positive economic impact that diverse cultural programming brings to Dane County, and also to increasing the accessibility of music, arts, and theatre for our entire Dane County community.

Yogesh Chawla (county supervisor) is Dane County Board Supervisor in District 6 on the near east side of Madison and serves as the secretary of the Environmental, Agriculture, and Natural Resources, and the Land Conservation committees.  He works professionally as a justice information sharing specialist and helps public safety agencies collect, share, and analyze criminal justice data. He focuses on writing publicly-available open-source software, and the projects he has worked on have received national awards and recognition.
Yogesh was co-founder of Premiere Generation Ink (PGI), a literary journal that also organized open mics, writers' workshops, and special events such as banned-book and spontaneous pop-up poetry readings. He also serves on the Schenk-Atwood-Starkweather-Yahara (SASY) neighborhood association, and is on the organizing committee for AtwoodFest. Yogesh enjoys spending time at artistic venues and events around Dane County with his wife Jodi Vander Molen and daughter Marigold.

Diane Everson is the founder and current President of Directions Publishing, Inc., and a major shareholder in the Edgerton Reporter, the local weekly newspaper co-owned with her mother.  She has been directly involved in the management and operation of the newspaper since 1978 and the management of her company as a separate entity since its formal incorporation in 1983.  She became co-publisher of the Edgerton Reporter in 1992.

Mary Klehr (Executive Committee Member) holds a joint MMSD/UW-Madison appointment as an elementary teacher educator working to prepare skilled and caring new teachers for culturally diverse public schools.  She also coordinates the MMSD Classroom Action Research Program, supporting teachers in studying instructional practice.
Before becoming a teacher, Klehr studied with George Houston Bass at Brown University's Rites & Reason Theatre, a research-to-performance company and one of the oldest producing Black theaters in the U.S., and worked as a creative drama specialist in Boston and Madison.  At UW-Madison, she earned a masters in Educational Theater and completed a Curriculum & Instruction dissertation featuring K-12 teachers who use arts-based research methods to study classroom life.  Klehr brings a strong commitment to engaging children in the arts and highlighting connections between community, advocacy, and the arts.

Marcia Miquelon owns and directs the Mazomanie Movement Arts Center and the Wild Rumpus Circus. She is a dancer, teacher, event organizer, and circus performer.
Marcia Miquelon is a dancer, improviser, aerialist, stilt walker, movement teacher, and project manager.  She joined Cycropia Aerial Dance (www.cycropia.org) in 1994, and performed, taught, choreographed, and directed projects with this unique artists’ collective for over 20 years.  In 2002, she opened the Mazo Movement Arts Center and co-founded the Wild Rumpus Circus. She has produced many workshops, festivals, and events featuring internationally known teaching artists, particularly in contact improvisation and aerial dance, and she has had the opportunity to work as a teacher and performer in many interesting locales, including Andara, Namibia; Boeblingen, Germany; and Doha, Qatar.

In 2000, Luis Montoto co-founded La Movida radio and now serves as programming director and morning show host.  La Movida WLMV-AM 1480 is locally owned by Mid-West Family Broadcasting, and airs Spanish language music and talk programming, along with national news breaks. In addition to starting other businesses in the Dane County Area, Montoto co-founded the Spanish newspaper Voz Latina in 2000, and in 2014, he completed the Walker Broadcast Management Institute at the UW-Madison School of Business.   Luis, a bajo sexto musician, grew up working in his family’s bakery in southern Texas.

Steve Morgan (Executive Committee Member) is originally from Southern California, Steven Morgan is the former Director of Bands at Madison West High School (1997-2011), where he also taught guitar and music theory and oversaw the jazz program. He previously served on the music faculty of the UW system and earned Masters and Doctoral degrees from UW-Madison. Steve still performs regularly and is a proud member of the All That Jazz big band and quintet, the Beatles repertoire band Get Back Wisconsin, and is a board member and staff musician for Four Seasons Theatre of Madison. He has served on the Dane Arts Commission since 2012. He is married to Jane Morgan and has two very musical adult sons.

Kelly Parks Snider is a visual artist, activist, and writer who explores contemporary social, political, and cultural issues through the arts. Her work is displayed in both public and private galleries. Recent exhibits and projects include Hidden in Plain View: An Exhibition of Art and Activism; Rural Women: Voice and Spirit; Project Girl; and Dialogues with Silence.

In addition to her book, Zilly: A Modern-Day Fable, Kelly has also co-authored an art-based curriculum with Jane Bartell (co-founder of Project Girl) and Lyn Mikel Brown, Ed.D. (Professor of Education and Human Development at Colby College in Maine). She lectures nationally, serves in artist-in-residence programs, and produces workshops. Kelly lives and works on a little farm outside of Madison, Wisconsin with her husband and four children.

Carole J. Trone has served on the Dane Arts Commission since 2013 and was a member of the Arts-in-Education advisory panel from 2009-2013. Carole has lived in the Tenney Park neighborhood of Madison for over twenty years with her family. The daughter of a professional dancer and granddaughter of a professional musician, Trone prefers to play the part of arts enthusiast, attending a wide variety of live music and art exhibitions in the area. Trone has served as executive director of a statewide educational nonprofit, taught at the University of Wisconsin-Madison, and facilitated connections and resources among Wisconsin's 24 private nonprofit colleges and universities. She writes and consults in the area of education, particularly college access and success. Carole earned a bachelor's degree in English from Wesleyan University and a master's and PhD in Educational Policy Studies from the UW-Madison.

The Ritcherson Companies is an “uncommon communications”® company. Roderick Ritcherson (Chair, Executive Committee Member), President, has over 40 years of experience in providing corporate services and over 20 years of experience providing services to non-profits.
Before forming The Ritcherson Companies in 1993, Ritcherson held positions in the creative department of Stephan and Brady, Inc. advertising agency; Home Savings Bank, as vice president and director of marketing; Development Services, Inc., a national franchising company, as vice president, marketing, and WPLH Holdings/Wisconsin Power and Light (now Alliant Energy), a $3 billion global corporation, as manager of corporate communications. Ritcherson also held the position of Special Assistant to the President and Director of Corporate Relations with UMOS, Inc.
Ritcherson has served on the boards of the following non-profits: Madison Development Corporation (past chairman of the board), Dane County Development Corporation, Friends of WHA-TV public television (past vice president), American Advertising Federation-Madison (past president), the Henry Vilas Zoological Society, The African American Ethnic Academy, and the Wisconsin Community Action Program (WISCAP).  Ritcherson currently serves as chair of the Dane County Cultural Affairs Commission (Dane Arts).
“My vision is to continue the great work done by Dane Arts and to make sure that the arts are equally accessible to all and Dane Arts funding is equally accessible by all.”

Tracy Williams-Maclin (Co-Chair, Executive Committee Member), a nationally recognized leader in building partnerships across multicultural communities, has been named the new Diversity and Inclusion Advisor of American Family Insurance Corporate Headquarters.
Responsible for the strategy developed and implemented by the company, she has a very diverse background in addressing disparities, creating inclusive environments, and including those of diverse backgrounds. This has been demonstrated in roles, with the most recent as director of diversity and inclusion at the Wisconsin Foundation and Alumni Association.
Williams-Maclin’s education includes a bachelor’s degree in individual and family development with a minor in psychology from Northern Illinois University, a master’s degree in Business Management from Cardinal Stritch University, and additional study at Harvard University and New York University. 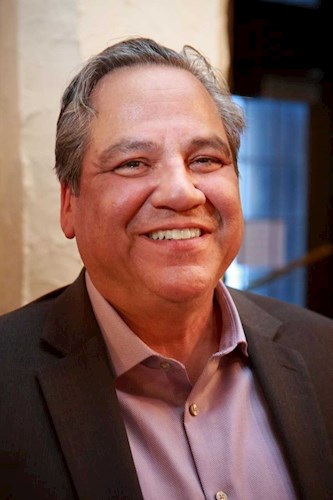 Mr. Fraire has worked as an arts administrator for over 20 years and has been involved in supporting theater arts on every level from producer to writer to actor to comic to playwright to manager to director. He was the Grants and Fund Development Director for the Madison Metropolitan School District and helped raise over $2 million in funds from 2013-14. Fraire spent 17 years as the state’s Grants Officer for the Wisconsin Arts Board. Prior to that position, Fraire created the Community Education Department for the Milwaukee Repertory Theater where he was awarded the President’s Coming Up Taller Award for creating TEENworks, an innovative youth and community theater arts training program. Fraire has an MBA in Corporate Finance from the University of Wisconsin- Madison. 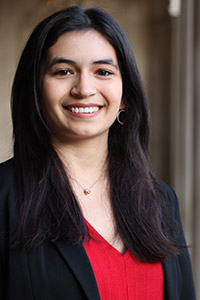 Adalia is currently the LTE Cultural Affairs Specialist for Dane County Arts and Cultural Affairs and a senior at the University of Wisconsin-Madison pursuing a Bachelor of Music in piano performance. She is currently studying with Professor Martha Fischer. Recently, Adalia was a winner for the 2018-2019 UW-Madison Concerto Competition.

In addition to her musical studies, Adalia is a Chancellor's Scholar and holds the position of Concert Series Coordinator through the Performing Arts Committee at the Wisconsin Union Theater. She is the student coordinator of the Sound Health Program, an initiative to connect UW-Madison Mead Witter School of Music Students with the UW-Hospital and Clinics through weekly musical performances.